But as yet, no big chain has become the go-to place for taquitos. 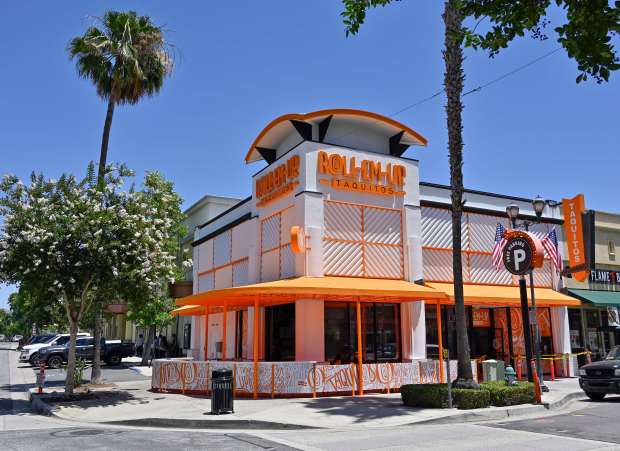 Ryan Usrey wants to be the entrepreneur who builds an empire with rolled tortillas.

He is the founder of Roll Em Up Taquitos, a startup with locations in Chino Hills and Brea and dreams of going national. Usrey is new to the restaurant business, but before starting Roll Em Up he was doing sports clothing startups for more than a decade.

“My background is branding, taking a concept and designing it and branding it in a way to where it’s recognizable and people want to be a part of it,” he said in a phone interview.

The dream began with his late mother, Riverside resident Karen Usrey. In a phone interview, Ryan Usrey said his mother liked to make taquitos for friends and family on special occasions such as birthdays and Super Bowl parties.

Usrey, who was raised in Chino and now lives in Chino Hills, had started several lines of clothing aimed at rappers, skateboarders and extreme athletes. But after his mother’s death, he said he sold off his other businesses to focus on bringing her dream to life. Taquitos are said to have been invented in the 1940s by Ralph Pesqueira Sr., founder of El Indio Mexican Restaurant in San Diego. Sometimes called flutes or flautas, they are usually made with small corn tortillas rolled around chicken or beef filling and deep fried. A lot of places sell them, but they’re usually buried on menus. At Roll Em Up, they are the main event. Usrey serves taquitos with a choice of five fillings: beef, chicken, potato, avocado, and cheese. They can be rolled in either corn or flour tortillas and topped with shredded cheese, guacamole, sour cream and a mild or spicy house sauce. Taquitos are served in three packs for $7.88 or five packs for $9.88. Party packs are also available, and customers can mix and match on their orders, getting all five fillings at once. Sides include street corn on stick, chips and salsa, beans and rice. There is a churro doughnut for dessert, and soft drinks and beer are available. All the food is prepared on-site except for the sauces, which are made in a commissary in Los Angeles, Usrey said. He opened his first Roll Em Up Taquitos location in a closed Starbucks drive-thru in Chino Hills and a second restaurant at Brea Gateway Center. A third is expected to open in Victorville by the end of July. Those locations are company owned, but he and Chief Development Officer Chris Wyland want to grow the company to a national brand with 1,000-plus locations in five to seven years through franchising. Roll Em Up has already sold more than 40 units in California, according to Wyland, who was interviewed on a conference call with Usrey. Those units are in Riverside, San Bernardino, Ventura and Orange counties. They expect the first two to open in Corona and Colton by the end of the year. “One of the things that Ryan planned out very well very early on was to brand our locations, our products from day one,” he said. “So when we officially franchised about a month and a half ago, we had people lined up.” Although Roll Em Up serves Mexican food, Usrey wants it to have its own identity. The restaurants are filled with orange and white graphics that extol the brand, and the music in the background is reggae. Borrowing from the garment industry, Roll Em Up Taquitos calls itself “street casual.” But Usrey said he is focused on the future of Roll Em Up, not clothing or other endeavors. “Me and my team and Chris, we’re going to ride this until the wheels fall off.”